And laying the Foundation for the Bugatti Atelier at Molsheim/Dorlisheim

A mainly pictorial report, with little info, but including some info on which cars were present, as well as on the plans for the new Bugatti Atelier, where the Veyron cars will be assembled.
This article is extremely filled with pictures, and therefore may take a while to fully download!
Whenever you seem to view a Royale Coupe Napoleon, You“re mistaken: This is a T46 with a body build to resemble the big example. There was only one real Royale there (with a body which was also build to resemble, in a way, the coupe Napoleon!)

At the end of this article you will find a list of cars present.

Click on the small pictures for a bigger version to load in a separate window!

Presentation of the 16.4 Veyron in front of the Chateau St. Jean 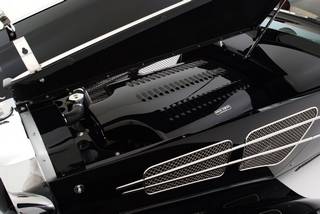 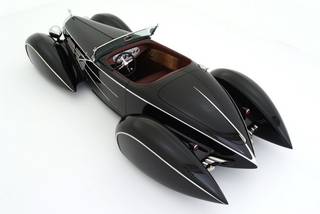 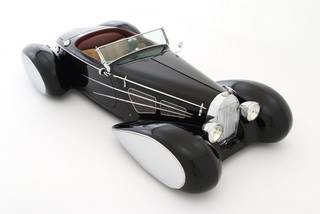 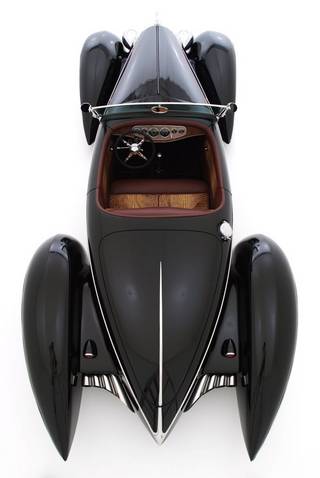 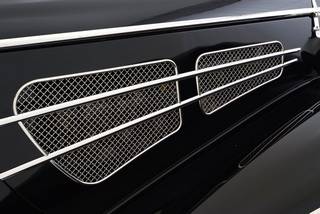 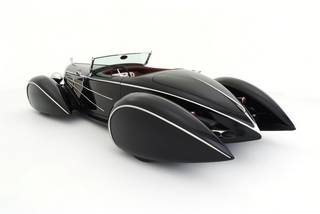 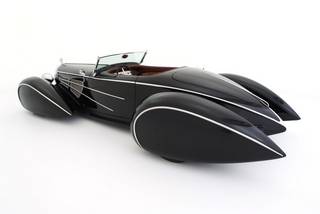 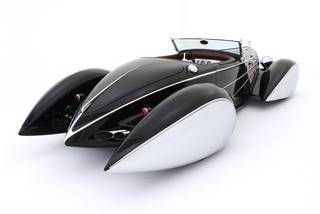 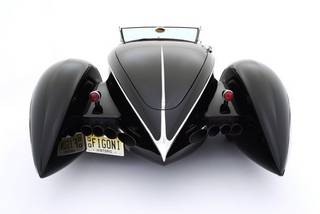 Mister Neumann of Volkswagen/Bugatti ready to return home in the Veyron.

Laying of the first stone

On September 15, 2002, In Dorlisheim, the small village near Molsheim in French Alsace, where at his time Ettore Bugatti was building his legendary cars, the foundation brick was laid for the Atelier, in which the Bugatti 16.4 Veyron will be assembled by the end of 2003. More than 400 guests gathered at the building site between Dorlisheim and Molsheim. Among them were the mayors of both communities, Mr. Laurent Furst (Molsheim) and Mr. Gilbert Roth (Dorlisheim), as well as Dr. Folker Weißgerber, Member of the Board of the Volkswagen Corporation responsible for production and logistics, and a delegation from Wolfsburg representing the employees union.

On this historic site overshadowed by the fabulous Chāteau Saint Jean and a stones throw away from the old factory sheds, the president of Bugatti Automobiles S.A.S., Dr. Karl-Heinz Neumann, laid the traditional first brick for the new building.

In his address he emphasized the great importance of Bugattis technical heritage for the trademark and paid hommage to the enthusiastic owners of classic Bugatti automobiles organized in Bugatti Clubs all over the world for their engagement in keeping alive the myth of the brand name up to the present time. Apart from assembling the Bugatti 16.4 Veyron and after the renovation of the Remise and the Orangerie buildings, space will be made available for further automotive activities, which surely will make headlines. From now on, visions turn into reality, according to Neumann. The brick-laying ceremony framed by the annual Bugatti Festival at the occasion of Ettore Bugattis birhday on September 15, which brings together hundreds of Bugatti fans and their historic vehicles in Molsheim, demonstrated the further progress of the rebirth of the Bugatti brand name and marks the next step in the creation of the high performance sports car, the 16.4 Veyron.

Yes, they bury a bottle of Alsacian wine (and a newspaper) into the first stone. (I am not sure at all this stone will stay there...)

The plans for the Atelier Veyron were presented in the form of a maquette: (to be build behind the Chāteau Saint Jean ). According to my Molsheim contact, the actual biulding has begun in the meantime.

It is strange presenting an EB110 in the Atelier, but then probably the maquette was made by somebody of some Architect“s bureau, who doesn“t know much of Bugatti.
Also presented were the plans for a rebuild of the "serre", which is an old glasshouse and can still be seen.

For the occasion, I“ll also present you some pictures of the inside of the Chateau St. Jean, sent to me some years ago by Hans Ritt of Denkmalpflege Ritt who restored the building.

Impression of the "Real" Bugattis present.

Below an impression of the meeting as it was held for decades every september, that means: without the interference of Volkswagen.... 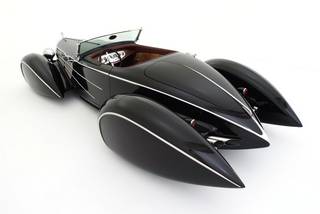 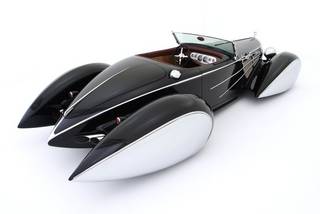 The following types of Bugatti were present (without going into full detail):


Back to the Bugatti revue